Hastings Paddock Sale is coming together nicely and the number of entry’s is increasing .   Sale Manager. Mike Heads says there is 19 horses so far and with the closing date now April 1st for entry’s he expects to get up to about 30 horses.

Hastings Racecourse Official Clockers start tomorrow, March 1st.  As usual we will publish all of the Hastings Works starting on Thursday.

The Hastings Starting Gate crew are set to go starting next Wednesday, March 8th for schooling.  We will get the days the gate is open and report back.

The horseracing associations announced several incentive programs last fall to hopefully increase the horse population for the future of the sport as well as an immediate injection of horses of racing age.

All of the programs have been a success with the last report a total of 75 horses have been purchased and still some that have not applied for assistance yet.

The cost of those programs will be well over $800,000.00 for the year.  Those funds have come from the horsemen’s associations and additional assistance from the British Columbia Horse Racing Industry Management Committee.

The number of stall applications is the highest its been in the last several years and with a continuation of these programs and others we appear to be well on the road to recovery.

“The decision will be made by the Prince (Khalid bin Abdullah, owner of Juddmonte Farms),” said Baffert, who watched the work with Arrogate’s regular rider Mike Smith from the Santa Anita box seat area this morning.  “All we do is give him the options.  Hopefully, we’ll hear something this week.  He went very well, it looks like he hasn’t regressed at all (after his win in the inaugural Grade I, $12 million Pegasus World Cup Invitational at Gulfstream Jan. 28).

Highly respected private clocker Andy Harrington was transfixed by the work, which took place under overcast skies with the temperature at 54 degrees.

“He’s come back from Florida stronger,” said Harrington.  “His last two drills have been terrific, off the charts.  It doesn’t look like he’s missed a beat.  He’s come out of the Florida race fantastic.”

A swashbuckling winner of three consecutive Grade I stakes, the Travers at Saragota on Aug. 27, the Breeders’ Cup Classic here on Nov. 5, and the $12 million Pegasus World Cup Invitational at Gulfstream Park on Jan. 28, Arrogate, if he were to enter and run, could be the best horse to grace the Big ‘Cap since the legendary Spectacular Bid in 1980.

“We’ve had five Hall of Famers, John Henry, Alysheba, Best Pal, Tiznow and Lava Man, win the Big ‘Cap since The Bid did it in 1980,” said Santa Anita Morning Line Maker, Jon White.  “At this point, considering what Arrogate has done in his last three races, I personally feel he might well be the best horse to run in the Big ‘Cap since Spectacular Bid.”

A 4-year-old grey colt by Unbridled’s Song, out of the Distorted Humor mare Bubbler, Arrogate, who was purchased for $560,000 at the Keeneland September Yearling Sale in August, 2014, has won six of seven lifetime starts and has earnings of $11,084,600.

Second only to the late Charlie Whittingham, Baffert has trained the winners of five Big ‘Caps, dating back to General Challenge in 2000.  (The “Bald Eagle” amassed nine).

With his Hoppertunity committed to run in Dubai, Baffert’s Mor Spirit is also nominated for the 80th running of America’s longest continually staged “hundred grander.”

Entries for the Santa Anita Handicap will be taken the morning of Wednesday, March 8.

Q. I have been reading several of your commentaries and see that you recommend feeding ration balancers to horses on predominantly forage diets. When I looked at ration balancers at my feed store I notice that they tend to be high in protein, often around 30%. Isn’t that too much protein? I thought mature horses only need about 10-12% protein in their diet. What am I missing?

A. This is a question I get asked quite often, and at first glance you are quite right. But if we delve a bit deeper I think you will see why the ration balancer doesn’t, in fact, offer too much protein.

Most ration balancers have a recommended daily intake of 1-2 pounds (0.45 to 0.9 kilograms) per day. Where the crude protein content is 30% this means that 0.3 pounds (136 grams) of protein are supplied when feeding a pound and 0.6 pounds (273 g) of protein if feeding two pounds.

Let’s say that your horse weighs 1,100 pounds (500 kilograms) and that you feed an average grass hay with a crude protein of 11% at a rate of 2% of body weight per day. This equates to 22 pounds (10 kilograms) of hay that provides 2.42 pounds (1.1 kg) of protein (we reach this number by multiplying 22 pounds by 0.11 [which represents 11%] for the protein content). As you can see the hay is providing far more protein than the ration balancer. The ration balancer has a high protein content but a small serving size so its total contribution is small.

If we assume that this horse is in moderate work, per National Research Council guidelines, he needs 768 grams (or 0.768 kilograms) of protein a day. To convert this to pounds we multiply the amount in kilos by 2.2, because there are 2.2 pounds to a kilo. This gives us a daily protein requirement of 1.69 pounds. In this example the hay is meeting the horse’s protein requirement; however, if the horse was fed less than 2% of body weight per day because he’s an easy keeper, his requirement might not be being met. Similarly, if the hay actually had a lower crude protein content or the horse was in heavier work, the same might also be true.

Beyond just meeting requirement there is the issue of protein quality and even a grass hay that provides adequate crude protein might lack adequate levels of some essential amino acids. Or the protein might not be fully available if bound up with indigestible structural carbohydrates. Ration balancers not only provide crude protein, they tend to provide guaranteed levels of the most limiting essential amino acids, such as lysine and methionine, that are vital for your horse’s health. So, they’re a good insurance policy even if on paper it looks like protein intake from the forage should be adequate.

There are times when you might not want or need the additional protein coming from a 30% ration balancer, and one of these is if you are feeding a lot of alfalfa. Alfalfa provides considerably more protein than required and also tends to have a slightly better amino acid profile than grass hay, so you might decide the protein in the ration balancer is unwarranted. I tend to find that horses  fed 25-30% of their forage ration as alfalfa do just fine on the high-protein ration balancer; however, you might have other options.

A few companies make ration balancers specifically for horses being fed alfalfa and these have a protein content of around 12%. They still guarantee the necessary essential amino acid levels but do so without feeding unnecessary crude protein. They also have lower calcium, because alfalfa provides considerable calcium to the ration.

When comparing the protein contents of feeds at your feed store do not take the crude protein contents on face value. Make sure you understand the feeding directions and then consider the role of that feed within your horse’s total daily ration. You will likely find that the high-protein ration balancer is not contributing as much protein as you might at first think.

Clair Thunes, PhD, is an independent equine nutrition consultant who owns Summit Equine Nutrition, based in Sacramento, California. She works with owners/trainers and veterinarians across the United States and globally to take the guesswork out of feeding horses. Born in England, she earned her undergraduate degree at Edinburgh University, in Scotland, and her master’s and doctorate in nutrition at the University of California, Davis. Growing up, she competed in a wide array of disciplines and was an active member of the United Kingdom Pony Club. Today, she serves as the regional supervisor for the Sierra Pacific region of the United States Pony Clubs. As a nutritionist she works with all horses, from WEG competitors to Miniature Donkeys and everything in between. 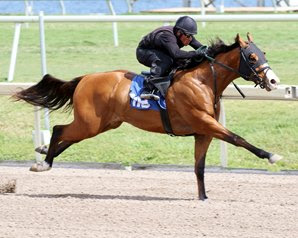