Contenders That Have Entered To Race 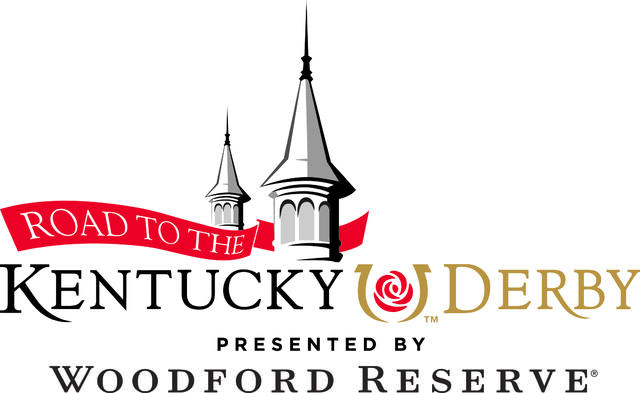 Churchill Downs Racetrack today announced that the Ohio Derby has been added to the extension of the “Road to the Kentucky Derby presented by Woodford Reserve.”

The Ohio Derby presented by TwinSpires.com (Grade III) will be run for 3-year-old Thoroughbreds at 1 1/8 miles on Saturday, June 27 at JACK Thistledown Racino in North Randall, Ohio and will feature a $500,000 purse.

Points to the Top 4 finishers will be worth 20-8-4-2 on the Road to the Kentucky Derby.

The 146th running of the 1 ¼-mile Kentucky Derby presented by Woodford Reserve (GI) has been rescheduled for Saturday, Sept. 5.

The upcoming schedule of races:

The Ellis Park Derby (50-20-10-5) and stakes races at Saratoga Race Course will be added to the series once their stakes schedules are finalized.

Contenders That Have Entered To Race

The deadline for late nominations to the rescheduled 2020 Triple Crown will be Wednesday, June 3. Owners and trainers can make 3-year-old Thoroughbreds eligible for the three-race series with a payment of $3,000.

Delayed by the COVID-19 pandemic, the traditional order and dates for the Triple Crown were revised: the 152nd running of the Belmont Stakes (Grade I) at 1 1/8 miles at Belmont Park in Elmont, N.Y.; the 146th running of the Kentucky Derby Presented by Woodford Reserve (GI) at 1 ¼ miles on Sept. 5 at Churchill Downs in Louisville, Ky.; and the 145th running of the Preakness Stakes (GI) at 1 3/16 miles on Oct. 3 at Pimlico Race Course in Baltimore, Md.

A total of 347 horses were made eligible to the Triple Crown during the early phase with a $600 payment that was due Jan. 25. The late nomination of $6,000 was originally due March 30 but the closing was postponed until all Triple Crown races were rescheduled.

Late nominations – now $3,000 at half the original cost – will be accepted online atwww.TheTripleCrown.com or by calling Churchill Downs racing operations manager Kelly Danner at (502) 638-3825. Payment must be made at the time of nomination.

Will the son of Kentucky Derby winner Street Sense make his next start in the Grade 1 Belmont Stakes which kicks off the different Triple Crown this year? Godolphin’s talented Grade I winning-homebred Maxfield made a triumphant return to the races Saturday at Churchill Downs when he rallied in deep stretch to beat Ny Traffic by one length in the 23rd running of the $150,000 Matt Winn presented by Woodford Reserve (Grade III) for 3-year-olds.

“Maxfield is thinking Derby,” exclaimed Travis Stone, the voice of Churchill Downs, when the dark bay or brown colt crossed the finish line to remain unbeaten in three starts.

Maxfield clocked 1 1/16 miles over a fast track in 1:43.05, a 95 Beyer Speed Figure, earned $88,350 and collected 50 points as part of the “Road to the Kentucky Derby Presented by Woodford Reserve” series. The Winn, which offered points on a scale of 50-20-10-5 to the Top 4 finishers, was added to an extension of the series when the 146th running of the Kentucky Derby Presented by Woodford Reserve was rescheduled to Sept. 5.

The question now for the exciting colt is whether he will be pointed to the June 20 Belmont Stakes, the ‘first jewel’ of the American Triple Crown, that will be run out of order this year from June through late September.

“We were really anxious to see this one,” said winning trainer Brendan Walsh. “It wasn’t an easy spot either. I think the top four horses are all really nice horses. It’s nice to get this one out of the way. It’s good to see him come back and see he’s as good if not better than when he was a two-year-old.”

Ridden by Jose Ortiz, Maxfield was rated in eighth down the backstretch but was only three lengths behind pacesetter Celtic Striker, who led the field of 10 through quarter-mile fractions of :23.98 and :48.21. Pneumatic and Ny Traffic, who pressed the pace most of the way, took over leaving the final turn, but it was Maxfield who was finding his best stride. Maxfield ranged into contention with a wide move down the middle of the track, drew even with the leaders with a furlong left to run and inched clear in the final yards for the handy win.

“The start is a key part of the race,” Ortiz said. “Last time I worked him out of the gate at Keeneland he worked better. He’s really matured a lot. If you can keep breaking like he did today and be in a spot like he did, he’s going to be a really nice horse.”

Maxfield had been on the sidelines since his 5 ½-length score in the $500,000 Breeders’ Futurity (GI) at Keeneland in early October. He was one of the likely favorites for the $2 million Breeders’ Cup Juvenile but was forced to scratch because of a minor issue in his right front leg.

Now a winner of $442,762 and 60 points overall on the Road to the Kentucky Derby, the Matt Winn was Maxfield’s first start of the year.

“He came off the layoff today going 1 1/16 miles and Brendan did a really good job to get him fit so I don’t see a mile-and-a-quarter being a problem at all.”

“Jose gave him a great ride,” Walsh said. “He had a different kind of style than he did in the past. He broke really good. He won and we can’t ask for more than that.”

Maxfield, a son of 2007 Kentucky Derby winner Street Sense out of the Bernardini mare Velvety, was bred in Kentucky by his owners.

The updated Road to the Kentucky Derby standings can be found on www.kentuckyderby.com/leaderboard. The next race on the schedule is the June 6, $400,000 Santa Anita Derby (GI) which awards points to the Top 4 finishers on a 100-40-20-10 scale. The newly released Belmont Park stakes schedule has the $1.5 million Belmont Stakes (GI) slated as June 20. The adjusted 1 1/8-mile event will award the Top 4 finishers 150-60-30-15 points.