Racing returns under the Twin Spires on October 25 and continues until November 29! Let’s take a look at three notable jockeys and three notable trainers to watch during Churchill Down’s fall meet. Many will pop back up come Breeders’ Cup weekend at Keeneland.

Tyler Gaffalione won the 2015 Eclipse Award as the country’s leading apprentice jockey and has remained at the top levels of the game since. In September, the 26-year-old clinched his third Churchill Downs riding title, and he also topped the competitive six-day Kentucky Downs meet. A native of Florida, Gaffalione dominated the recent 17-day Keeneland fall meet, winning eight more races than the runner-up, and currently ranks third among all North American Thoroughbred jockeys by earnings.

Geroux was another September Churchill standout, finishing second in earnings with over $2 million, and currently ranks seventh in earnings among all North American jockeys. France’s leading apprentice in 2005, Geroux’s father was a jockey and trainer in France. The 34-year-old journeyman has lived in the United States since 2008 and became an American citizen in 2018. His best-known mounts include Horse of the Year Gun Runner and champion Monomoy Girl. Geroux passed the test to become a citizen the day before winning the $16 million Pegasus World Cup (G1) on Gun Runner in 2018. He and his wife Kasey have two daughters.

Born in Louisiana, Corey Lanerie gained his first experience at the bush tracks of the Lafayette area. The 45-year-old has won 19 leading rider titles at Churchill Downs. He was poised to win the 2018 spring/summer title when tragedy struck during mid-June with the sudden loss of his wife, Shantel. Lanerie returned to sweep the three meets under the Twin Spires in 2019. He received the 2014 Woolf Memorial Jockey Award by a nationwide vote of his peers, recognizing his personal character and his career.

Born and raised two blocks away from Churchill Downs, Brad Cox’s horses earned more than $2 million during the September meet. The bankroll was bolstered by his second Kentucky Oaks win, which came with 15-1 longshot Shedaresthedevil. Cox also captured the 2018 edition with champion Monomoy Girl, who is readying for a Breeders’ Cup Distaff (G1) bid this fall. The 40-year-old trained fan-favorite Covfefe to championship honors in 2019, and Cox has collected training titles at Ellis Park, Fair Grounds, Churchill Downs, and Keeneland.

When he clinched the September training title at Churchill, Hall of Famer Steve Asmussen extended his record to 24 titles in Louisville. He is also the oval’s all-time leading trainer. Asmussen currently leads all North American conditioners in earnings. In September, he became the second trainer in Thoroughbred racing history to reach 9,000 wins. He hails from a horse racing family. His parents operated a training facility in Laredo, Texas, and his brother, Cash, was an accomplished jockey and trainer.

The son of a conditioner based at Churchill Downs, Romans is the second-winningest trainer under the Twin Spires after Asmussen. One of his runners, Dennis’ Moment, an early favorite on the 2020 Road to the Kentucky Derby, is expected to make a much-anticipated return to Churchill during the fall meet after being sidelined in February. Romans’ life partner is former jockey and exercise rider Tammy Fox, who assists in many aspects of the training operation. They have two children.

If you live at northern latitudes, you might lack vitamin D. But what about your horse? Q: I live at a Northern latitude and my doctor recently diagnosed me as vitamin D deficient. She recommended I take an oral vitamin D supplement. My doctor explained that vitamin D deficiency in people is being more commonly recognized in geographic regions like mine and is due to diminished contact with sunlight for extended periods of the year. This got me wondering, is the same also true for horses? Do horses become vitamin D deficient in winter and should I be supplementing in some way?

A: A review article written by Danish researchers and published in the Journal of Equine Veterinary Science in 2015 summarized our current knowledge about vitamin D and horses. The authors’ take-home message: We “know next to nothing about vitamin D in horses.” This makes it hard to give you a concise answer, but from what we do know I do think that provision of supplemental sources of dietary vitamin D may be of benefit to some horses.

What is Vitamin D?

Vitamin D is available to your horse in two forms: vitamin D2 (ergocalciferol) found in plants and vitamin D3 (cholecalciferol), which is synthesized in the skin on exposure to sunlight or provided orally in synthetic form. Neither of these forms of vitamin D are active and both must go through a number of activation steps before they can influence physiologic functions in the body. The first step occurs in the liver where they are enzymatically hydroxylated to 25-hydroxyvitamin D2 (25OHD2) and 25-hydroxyvitamin D3 (25OHD3). These metabolites then circulate throughout the body in blood plasma.

Almost all organs of the body can further activate these two metabolites to their active form however most of the final conversion occurs in the kidneys. Here 25OHD2 and 25OHD3 are converted to 1,α25-dihydroxyvitamin D2 (1,25(OH)2D2) and 1,α25-dihydroxyvitamin D3 (1,25(OH)2D3) the hormonally active forms of the vitamin that can bind to the vitamin D receptors throughout the body, where they influence physiological functions.

While we think of vitamin D as a vitamin it’s actually a hormone because it’s transported in blood and has regulatory actions on various cells in the body.

Typically, vitamin D status is assessed by measuring 25OHD2and 25OHD3 in plasma, and results indicate how much influence exposure to sunlight versus plant-based vitamin D are having on vitamin D status. However, not all labs are able to distinguish between these two forms and instead report combined levels as 25OHDx. Additionally, there’s little research in this area in horses, so it’s hard to know how much horses rely on vitamin D3 generated from sunlight and how much this availability changes throughout the year or at different latitudes.

As you recently found out, time of year and latitude can affect 25OHD2and 25OHD3 status in people. This is because how efficiently the D3 form is synthesized depends on the intensity of the sunlight. Specifically light in the UV-B spectrum is needed for synthesis of vitamin D3. In the winter the sun appears lower in the sky resulting in a larger zenith angle (the angle created between a vertical line and the angle at which the sun’s rays hit the earth). This causes wavelengths in the UV-B spectrum to hit the Earth’s atmosphere in such a way that they are reflected. Thus, activation of the precursors to vitamin D3 in the skin isn’t possible between September and April above a latitude of 51oN, which equates to much of Canada, Great Britain, northern Germany, Scandinavia, etc.

As it turns out, the levels of plasma 25OHD2and 25OHD3 in horses are generally very low regardless of time of year or latitude. In fact, there’s debate as to whether animals with substantial haircoat are able to synthesize vitamin D3 at all. The limited data that we do have suggests that, in fact, horses do generate vitamin D3 in skin but that it may have limited impact on plasma 25OHD3. However, until more research is conducted, don’t assume that endogenous sources of vitamin D3 aren’t important to the horse.

Sun-cured forages have historically been considered good sources of vitamin D2, because levels increase during the curing process. However, some researchers believe that this source might not be as abundant today as it was historically, because farming practices have changed dramatically since this early research was done. Plus, much of the data collected on the availability of vitamin D2was conducted using rat models and methods that might not extrapolate well to horses.

It’s clear that our knowledge of vitamin D synthesis and metabolism in the horse is lacking.   It does appear that vitamin D3 has a limited impact on 25OHD3 status and forages might not provide as much vitamin D2 as we previously thought. A number of new studies have taken place since the National Research Council guidelines were published in 2007.

While these recommendations might not be completely accurate based on the knowledge we’re gaining about vitamin D’s physiological impacts (they might, in fact, need more than we currently recommend), the current recommendations are as follows:

Based on the large gaps in our current knowledge of vitamin D requirements in horses, and the fact that the presumed safe upper limit for vitamin D in the horse is currently 44 IU/kg body weight per day, I recommend ensuring that horses at northern latitudes and those with limited sunlight exposure to sunlight get fed levels of vitamin D that meet the current NRC guidelines. You can achieve this by selecting a fortified commercial feed or supplement that provides information about the guaranteed levels of vitamin D, and then feeding in the correct amount.

Clair Thunes, PhD, is an equine nutritionist who owns Summit Equine Nutrition, based in Gilbert, Arizona. She works as a consultant with owners/trainers and veterinarians across the United States and globally to take the guesswork out of feeding horses and provides services to select companies. As a nutritionist she works with all equids, from WEG competitors to Miniature donkeys and everything in between. Born in England, she earned her undergraduate degree at Edinburgh University, in Scotland, and her master’s and doctorate in nutrition at the University of California, Davis. Growing up, she competed in a wide array of disciplines and was an active member of the U.K. Pony Club. Today, she serves as the district commissioner for the Salt River Pony Club. 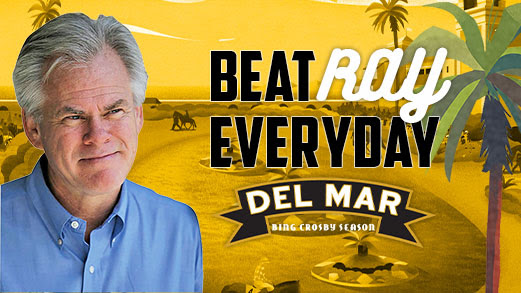 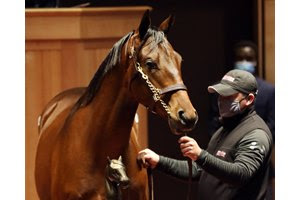