Those weren’t the only successes for Baffert. He won with three other starters – Speed Pass, Message and Ra’ad – on the card. The five victories came consecutively as he won races 4-8 Saturday. 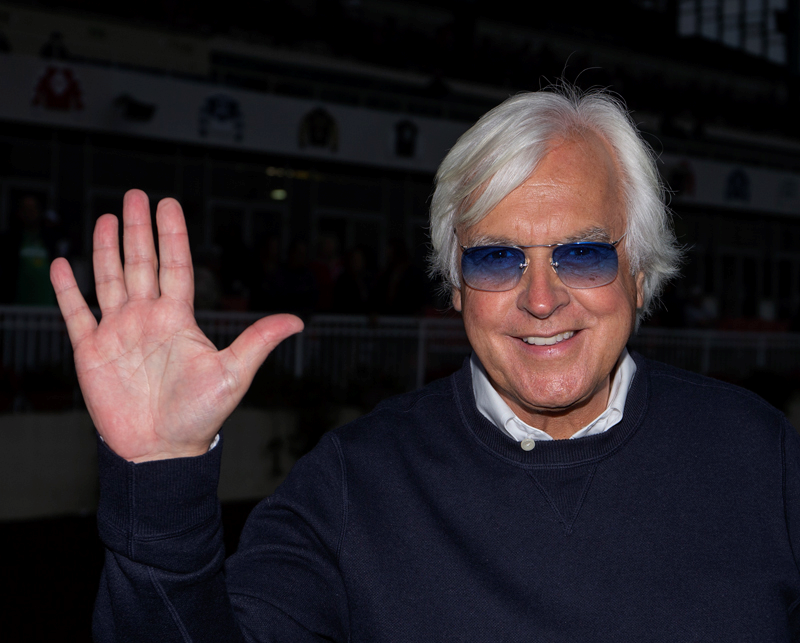 It was the first quintuple of his illustrious thoroughbred career and he’s the first trainer to win more than three in an afternoon since daytime thoroughbred racing returned to Los Alamitos in 2014.

“I thought all five of these horses were live, but usually that means you’re lucky if you win one,’’ said Baffert. “You never know. It worked out well.’’

Third after being involved in a rapid pace (46 seconds for the opening half mile) in the Breeders’ Cup Juvenile Fillies, Bast turned the tables on Donna Veloce, who finished second in the Grade I Nov. 1, in the Starlet, leading throughout to win the Starlet by a half-length. The 2-1 second choice in the field of five 2-year-old fillies, the daughter of Uncle Mo and Laffina gave jockey Drayden Van Dyke his third consecutive victory in the Starlet while completing the 1 1/16 miles over a good track in 1:43.36. 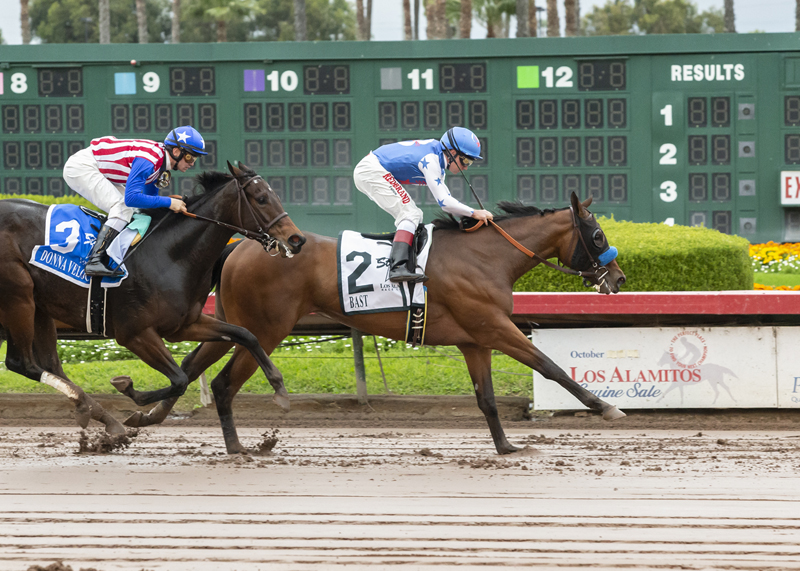 The 3-10 choice, Donna Veloce, who was second the entire journey, returned $2.10 while finishing a half-length in front of 29-1 shot K P Dreamin. The Baffert-trained Gingham and Roadrunner’s Honor completed the order of finish.

“She was doing so much better for this race than she was before the (Breeders’ Cup),’’ said Baffert. “I think the race before (a neck win in the Grade I Chandelier Sept. 27) took a lot out of her.

‘         ’She was training like she did at Del Mar. That day (in the Juvenile Fillies) was my fault. I told (jockey John Velazquez) to get her into the race early and she got involved with some fast fractions.

“She did well to hang on for third because that track was so deep and tiring. We knew when we got her on this dirt surface she would love it and she just bounced over it.

“Turning for home I was confident because she had been doing so well and her last work was so strong and she looked great in the paddock today.’’

Van Dyke, whose other Starlet wins were with Dream Tree in 2016 and Chasing Yesterday in 2017, was also complimentary of the track condition.

“It was great,’’ he said. “She was going easy out there and really responded when I asked her in the stretch.’’

Baffert’s win with 17-10 second choice Thousand Words in the Futurity was his sixth in a row and his 12th overall. He’s won every renewal of the event since it was moved to Los Alamitos in 2014 after the closure of Hollywood Park. 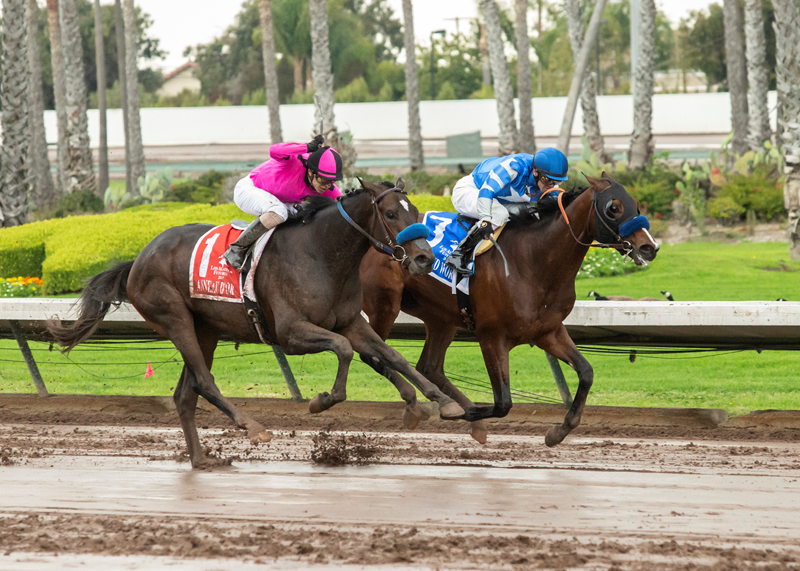 A 2-year-old son of Pioneerof the Nile – winner of the 2008 Hollywood Park Futurity – out of the Pomeroy mare Pomeroys Pistol tracked stablemate High Velocity for most of the journey, took a short lead early in the stretch, surrendered the advantage briefly to favored Anneau d’Or with about a sixteenth of a mile left, then surged to win by a neck under jockey Flavien Prat.

High Velocity, who was 2-for-2 sprinting before stretching out Saturday, was five lengths back in third. Completing the field was Wrecking Crew, who was eased after completing the trifecta in a longshot-dominated BC Juvenile.

“Turning for home I thought I could run 1-2,’’ said Baffert. “But then I saw (Anneau d’Or) and I thought, ‘Oh no, he’s going to get us,’ but (Thousand Words) was game. When that horse came to him he took off and when he came back after the race he wasn’t even blowing hard.

“Distance isn’t going to be a problem. That’s impressive when they can win like that second time out. (High Velocity) never really relaxed and was a little too keen early.

“Los Alamitos has the best surface. To come here and win at my old stomping grounds is a big thing. Good to get a win like this with a colt like this and I thought he was visually impressive today.

“I told (Prat) before he ran that I found a good one for him for the Kentucky Derby next year.’’

The win was the first for Prat in the Futurity and he was left impressed. “He broke fine and relaxed perfectly,’’ he said of Thousand Words. “He was looking around a little bit when he made the lead, but when (Anneau d’Or) came to him, he regrouped and fought back.’’

The main event on the nine-race program is the $100,000 Bayakoa Stakes.