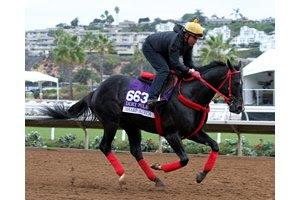 CYPRESS, Calif. —The third and final Thoroughbred meet of 2017 at Los Alamitos will begin Thursday, Nov. 30.

Racing will be conducted on a Thursday-Sunday basis through Sunday, Dec. 17. Post time will be 1 p.m on weekdays and 12:30 p.m. on weekends. 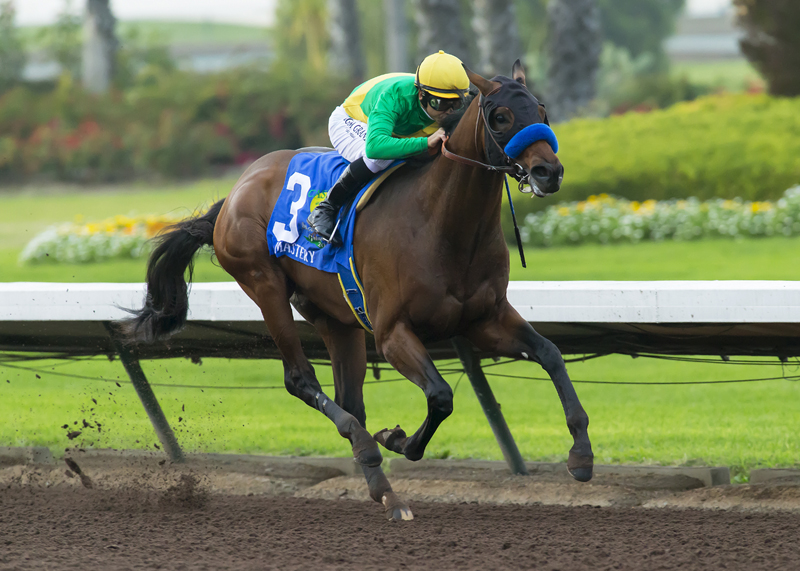 Among the leading candidates for the Futurity is McKinzie, an impressive first out winner for Hall of Fame trainer Bob Baffert, who has won all three renewals of the Futurity – Dortmund (2014), Mor Spirit (2015) and Mastery (2016) –   since the race was moved to Los Alamitos from Hollywood Park.

Baffert has won the race, which was run in Inglewood from 1981-2013, a record nine times. Named in honor of Brad McKinzie, the late longtime Los Alamitos executive, McKinzie is a son of Street Sense owned by Mike Pegram, Karl Watson and Paul Weitman. He graduated Oct. 28 at Santa Anita.

Both the CashCall Futurity and the Starlet will be run at 1 1/16 miles.

The Grade II, $200,000 Bayakoa Stakes returns to Los Alamitos for the first time since 2014. Restricted to fillies and mares (3-year-olds & up), the Bayakoa will be contested Sunday, Dec. 2.

Possible starters for the race at 1 1/16 miles include 2016 Breeders’ Cup Juvenile Fillies winner Champagne Room and Majestic Heat, an easy winner of the Betty Grable Stakes Nov. 12 at Del Mar in her initial start on dirt.

Track gates – including the Clubhouse and Vessels Club – will open at 9:30 a.m. General parking is free with grandstand admission $3 ($2 for seniors).

The wagering menu includes the Pick Six, a pair of Pick 4’s – races 2-5 and the final four races – as well as the extremely popular Players’ Pick 5 – a 50-cent minimum wager with a reduced 14% takeout rate which is offered on the first five races.

In addition to the Starlet and Los Alamitos CashCall Futurity, the Dec. 9  program will feature a live money handicapping contest with three seats available to the 2018 National Handicapping Championship in Las Vegas. A second live money contest will be offered Dec. 16.

There will also be a 2018 wall calendar giveaway – one per paid admission while supplies last – Sunday, Dec. 17.

Entries were taken Monday for the opening day program and a total of 69 horses were entered in the eight races.

The Sporting Art Auction is a collaborative effort between Keeneland, the world’s leading Thoroughbred sales company, and Cross Gate Gallery of Lexington, the country’s foremost gallery of fine sporting art.

In keeping with Keeneland’s mission, the Association’s portion of the auction proceeds will benefit its non-profit initiatives including support through the Keeneland Foundation.

Gross sales for the Sporting Art Auction totaled $2,426,040. Eighty-two percent of the pieces offered in the auction sold.

The British-born Munnings is renowned as one of the great masters of sporting art. A Morning’s Work, Newmarket Heath, a signed 15¼” x 28¼” oil on canvas, depicts horses training over what was unquestionably the artist’s favorite course.

Heading Home, a signed 30” x 40” oil on canvas by Andre Pater that appeared on the cover of the Sporting Art Auction catalog, brought $115,000, including buyer premium.

Still Water, by British sculptor Nic Fiddian-Green, sold for $103,500, including buyer premium. The 77½” x 11” signed bronze portrays a horse’s head as it drinks.

Famed American artist LeRoy Neiman’s At the Races fetched a final bid of $80,500, including buyer premium. The work, a 30” x 40” acrylic and mixed media on board, was signed and dated ’69.

Sheep in a Meadow, a signed 36” x 57” oil on board by German artist August Friedrich Albrecht Schenck, brought $46,000. As previously announced, 100 percent of the proceeds from the sale of the painting benefit Old Friends Thoroughbred Retirement Farm.