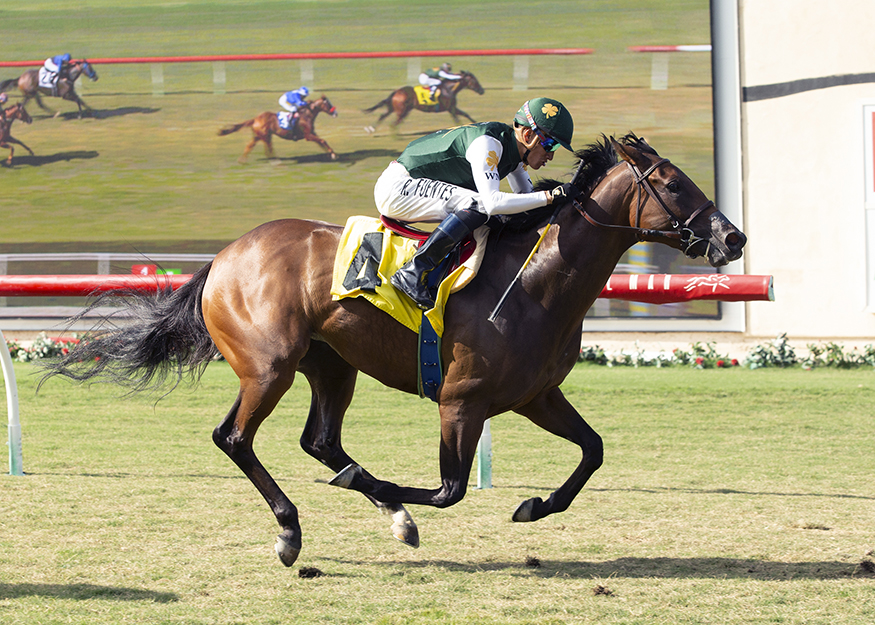 Always in striking position under jockey Ruben Fuentes, Sedamar asserted her superiority in the stretch and scored a decisive victory Thursday in Del Mar’s featured race at one mile on the grass for older fillies and mares.

Sedamar, second choice in the betting at 2-1, reached the wire a length and one-quarter in advance of runner-up Shehastheritestuff, the 7-5 favorite, with early pacesetter Smiling Annie fading to third, two and three-quarter lengths farther away and a neck in front of fourth-place Lil Bit Dangerous in the field of eight runners.

Sedamar, owned by Ruis Racing and trained by Shelbe Ruis, stepped the distance in 1:34.46 and returned $6.60, $3 and $2.40 in scoring her second win in nine starts. The daughter of Richard’s Kid was a maiden winner at a mile on the turf last November at Del Mar.

Shehastheritestuff, who was piloted by Rafael Bejarano, paid $2.80 and $2.20, while Smiling Annie returned $4.20 to show.