The choice of track surfaces during racehorse training could affect the chances of horses getting seriously injured on race day. 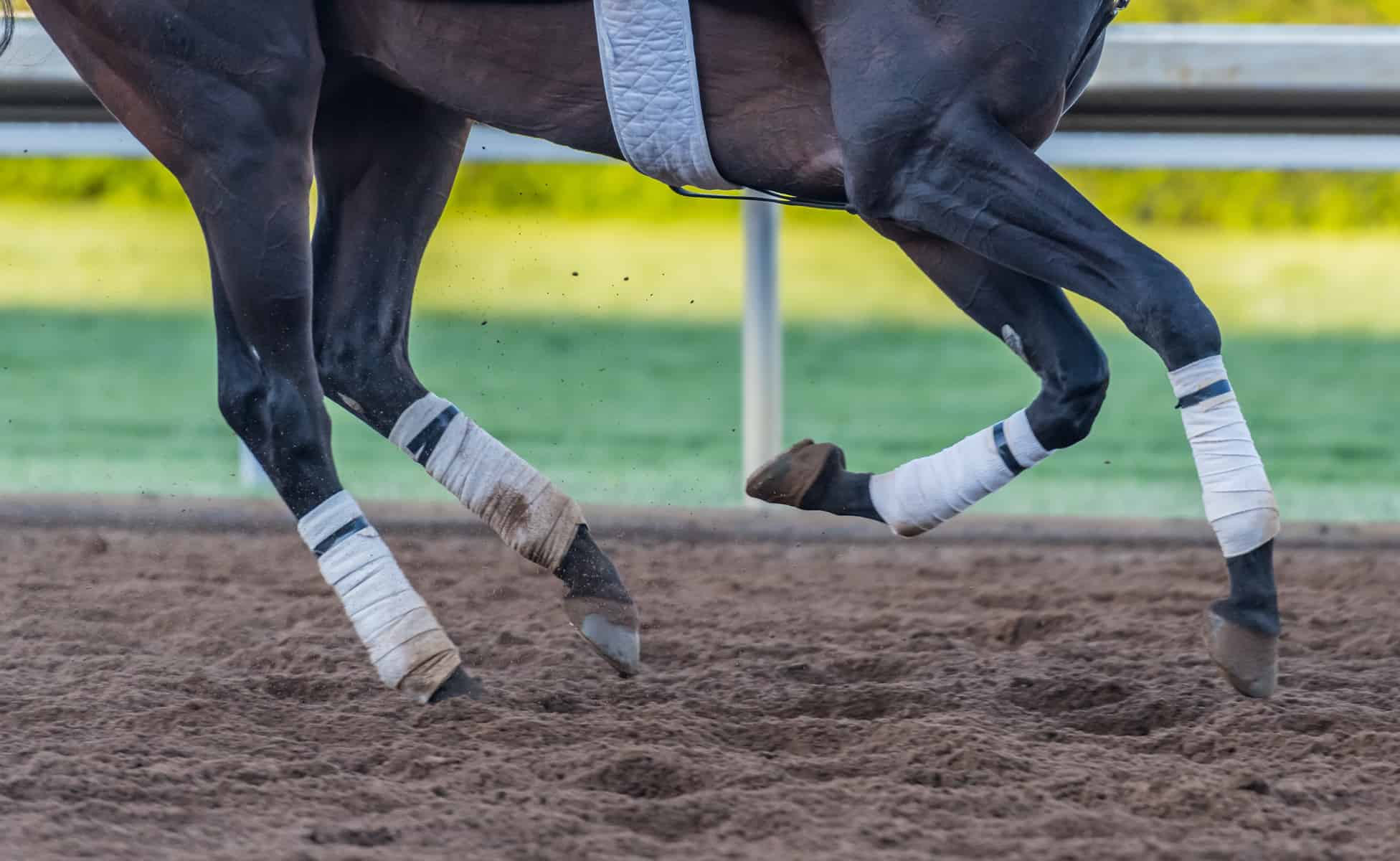 Catastrophic injuries on race day might be, in part, a consequence of the kind of track the horses run on. But, Australian researchers have learned, the track used during the race might not be the only culprit: The choice of track surfaces during a racehorse’s training could affect his chances of getting seriously injured on race day itself.

That’s because catastrophic injury probably isn’t just the result of an incident at a single moment on race day but rather caused by “accumulated damage over time,” said Ashleigh V. Morrice-West, DVM, of the University of Melbourne Veterinary School’s U-Vet Equine Centre, in Werribee, Victoria, Australia.

“We speculate that not having exposure to surfaces raced on prior to a race-start may increase the risk of injury,” Morrice-West said.

However, how training surfaces affect race-day injury is difficult to determine—in part because of a sort of paradox about how training can work on the musculoskeletal system, Morrice-West said. Researchers know that some surfaces, like sand (see sidebar), increase injury risk during high-speed works. But horses also need to train on those tracks if they’re going to race on them to prepare their bodies, she said. But how much is too much, and how much is too little? For the moment, nobody really knows, she added.

“Reducing the risk of injury is the overall goal of our research program,” said Morrice-West. “But we first needed to find out how horses are trained on a day-to-day basis because there is very limited data available.”

The researchers described the racing and training surfaces evaluated in the study as:

She and colleagues launched a widespread investigation into training preferences across Victoria, Australia. They interviewed 66 Thoroughbred racehorse trainers, asking them specific details about what kinds of tracks they used during training, how often they used them, what gaits and training regimens they used with each kind of track, and what additional exercise the horses got (such as swimming, working on a treadmill, and exercising on a horse walker).

Morrice-West said 82% of the trainers used turf tracks—the most common surface at Australian race courses—for high-speed (or gallop) training. However, they only used them for about a third of each horse’s gallop training; they used synthetic or sand surfaces for the other two-thirds of gallop training. That might be a risk factor for injury on race day, because science suggests the body needs time to build up to prepare for the demands of the race day track, she said.

“In order to best adapt the skeleton to the surface on which the horse needs to race, some exposure to that surface is recommended,” she said. “It takes time for bone to adapt, around eight to 12 weeks, but once adapted, it doesn’t take much to maintain it.”

Sand and dirt, meanwhile, are surfaces known to be associated with injury, she added. Yet they’re used by some trainers in Victoria for gallop training. And trainers often used synthetic tracks for training even though only a small proportion of race tracks have this surface. This could be because of a lack of understanding about scientific findings, Morrice-West explained.

“Knowing the reported risks of galloping on sand and dirt tracks compared to dirt, I was surprised that these surfaces were still used for high-speed training by several of the surveyed trainers,” she said. “A small number of trainers talked about dirt tracks being a more natural surface and sand tracks providing less concussion, which is contrary to the evidence.”

Additionally, about 90% of trainers used alternative training methods, including swimming and treadmill, but mostly uphill work and walker exercise.

It’s too soon to know how these different training styles are linked to race-day injuries, but that’s the goal of the full research project, said Morrice-West. Over time, the research team hopes their ongoing studies will lead to concrete recommendations designed to help prevent catastrophic injuries.

“The fact that horses in the Australian racing industry are not always well prepared for the surface on which they race suggests we need to continue to research the interactions between surface, injury, and bone adaptation,” she said. “Going forward, if such an association can be found, then industry bodies may need to consider trying to improve access to turf training tracks, and for horses that are going to race on a synthetic track, some use of that surface in training may be beneficial.”

In the meantime, trainers can strive to find ways to prepare their horses’ bodies for the kind of track they’ll be racing on based on the existing science: “Our current knowledge suggests that ideally, throughout preparation, a horse should undertake at least one high-speed training session a week on the surface it will race on,” Morrice-West said.

The study, “Track Surfaces Used for Ridden Workouts and Alternatives to Ridden Exercise for Thoroughbred Horses in Race Training,” was published in Animals.