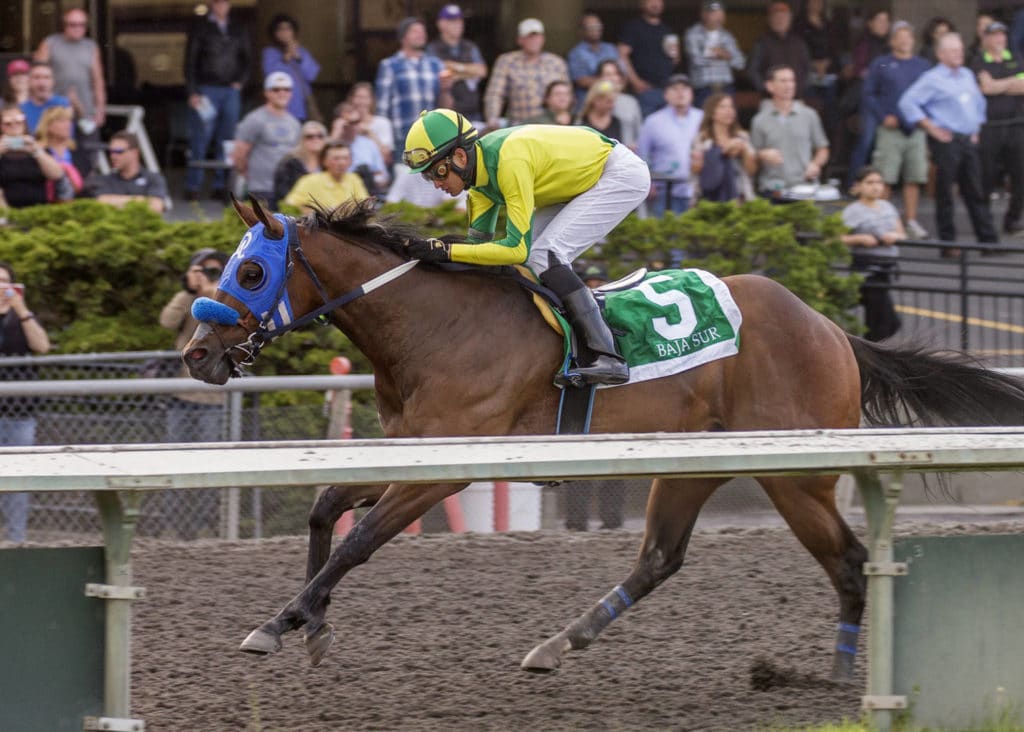 One of the track’s most exciting prospects in several years headlines the $50,000 Coca-Cola Stakes for 3-year-olds at Emerald Downs.

Baja Sur–unbeaten and untested–will be heavily favored in the 6 1/2-furlong Coca-Cola, which goes as Race 8 on Sunday’s 10-race card.

To call Baja Sur brilliant would not be typical horse racing hyperbole. Returning from a 10-month layoff, the bay gelding became the first 3-year-old in track history to run a sub-1:08 clocking for six furlongs–stopping the clock in 1:07.98 while powering to a five-length victory in the Auburn Stakes four weeks ago. Baja Sur earned an 87 Beyer, a figure that towers over his four rivals Sunday.

The $67,000 sales topper at the 2017 Washington Summer Yearling Sale, Baja Sur looked like a bargain last summer, sweeping his only two starts by a combined 15 1/2 lengths while bagging track and state titles as the champion 2-year-old of 2018. A Washington-bred by Smiling Tiger-Premo Copy, Baja Sur is 3 for 3 overall with earnings of $59,950.

Trained by Blaine Wright and owned by John and Janene Maryanski and Gail and Gerald Schneider, Baja Sur drew the No. 4 post and is ridden by Franklin Ceballos at high weight of 124 lbs.

The oddly-named Runningwscissors delivered a sharp Emerald Downs debut in the Auburn, finishing a clear runner-up to Baja Sur and improved to 2-2-0 in four starts this year. A New York-bred by Congaree, Runningwscissors was claimed for $20,000 by Manny Ortiz and Tim Bankers at Santa Anita in February and is 1-1-0 in two starts for his new connections.

Perfect Dude, also trained by Wright, has already produced two good efforts at the meet. A Todd and Shawn Hansen homebred by Majesticperfection, Perfect Dude scored vs. maiden special weights at five furlongs and finished third in the Auburn.

Fuzzy Dolphin, a stakes winner at age 2, paid the price trying to hook Baja Sur in the Auburn, fading to last after racing four-wide into fractions of :21.90 and :44.50. The Harbor the Gold gelding subsequently worked a bullet five furlongs in :58 1/5 for trainer G D Khalsa.

Trainer Roddina Barrett and co-owner Tim Floyd of Alittlelesstalk fame, bid for another upset with Verynsky in the Coca-Cola. A Vronsky gelding with a 1-2-0 record from eight starts, Verynsky fired a career-high 63 Beyer in his most recent start while finishing second in a $25,000 claimer for non-winners of two lifetime.

The last three winners of the Coca-Cola–Barkley, Riser and Sippin Fire–were all subsequently voted the meet’s Top 3-Year-Old. 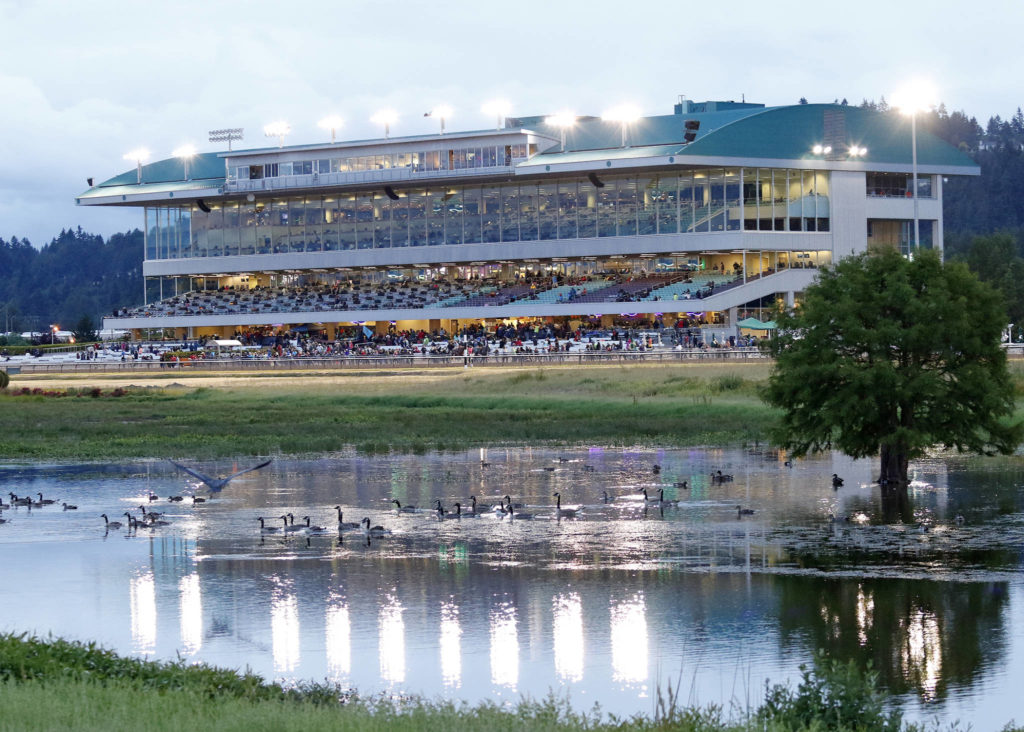 It’s 5 p.m. twilight racing for the 15 remaining Saturdays of the 2019 season. Saturday cards generally consist of seven races, though this Saturday’s program features eight races along with day two of Indian Relay Racing.